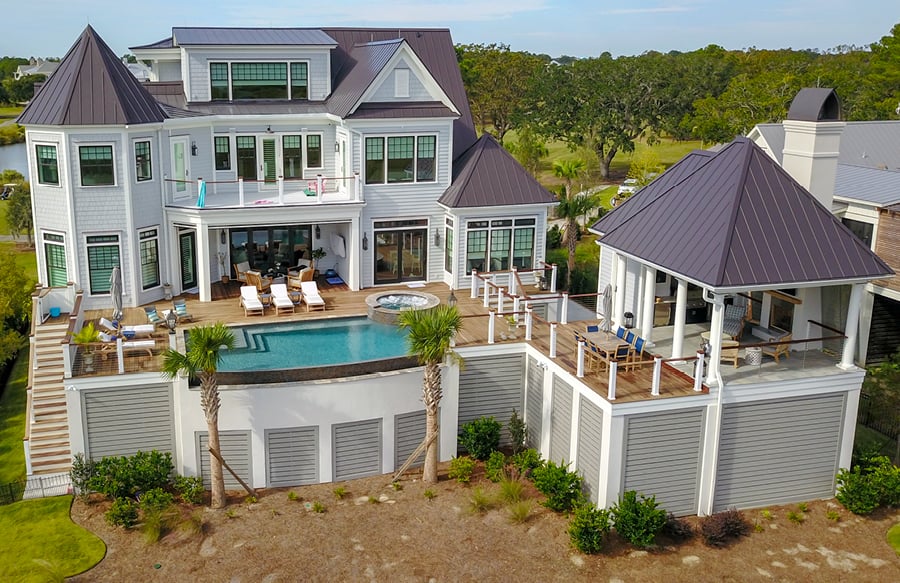 One of the most challenging and visually dramatic types of swimming pools is an elevated pool. This concrete (gunite/shotcrete) creation is not only built completely out of the ground, it stands soaring high above it.

END_OF_DOCUMENT_TOKEN_TO_BE_REPLACED

What is a rim flow spa on a custom swimming pool? (with design photos) 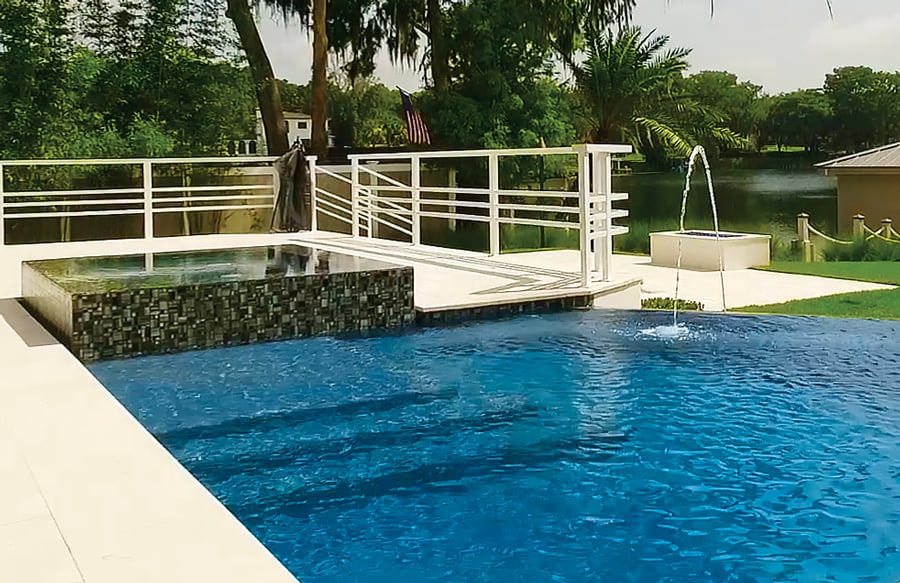 —Learn about and view examples of this exciting gunite pool feature

Rim flow spas—also called mirror spas, full-perimeter spas, and 360-degree overflow spas—represent a dramatic style of elevated custom spa with specially configured exposed tile- or stone-covered walls that allow the water inside to sleekly run over the spa’s entire perimeter into the swimming pool below.